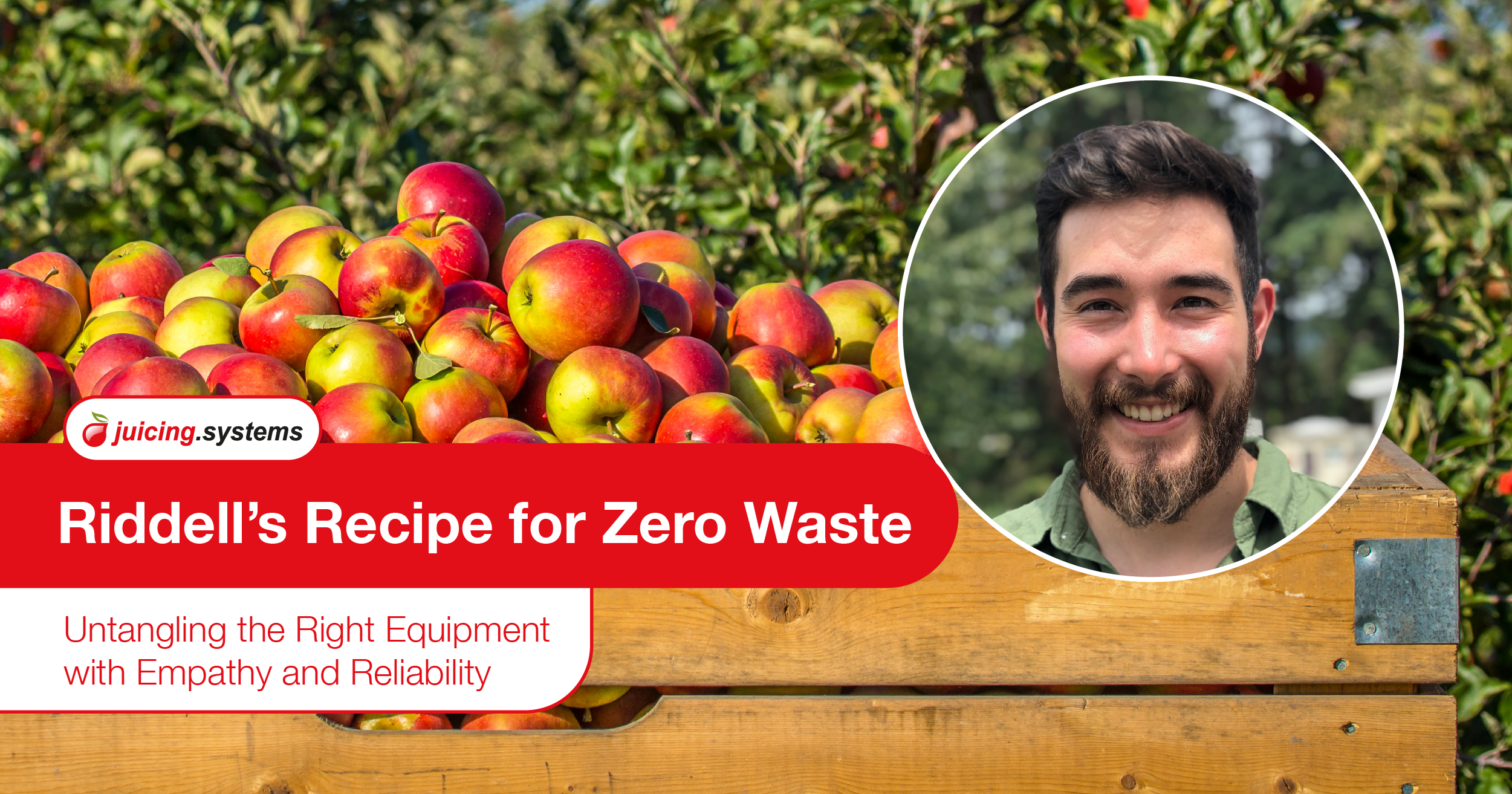 Unlike the apple, Nathan didn’t just “fall” into his position as Juicing.System’s sales manager in 2017. His work ethic, passion for agriculture, and desire for food sustainability made him an obvious choice.

When Nathan was 17 years old, he came to the Okanagan Valley for a year and fell in love with it. He always knew he would return from his hometown in Manitoba. “It’s beautiful out here,” says Nathan. “Everything is gorgeous. The outdoors has always been a big part of my life, so being able to get out to the mountains and hike and have all the lakes as close as they are is really awesome. In Manitoba, we used to joke that you could watch your dog run away for five days.”

When he did make the trek back to Okanagan, he began working for Kristen and Remo, the founders of Juicing.Systems, driving a trailer for their first business venture, Mobile Juicing (MobileJuicing.com). Not only did he rock the season, but his dedication made him the last worker standing in early November when the season was coming to a close.

“Remo came down to help me with the last little bit of pressing for the year and asked me a bit about my background in sales,” says Nathan.

The rest is history.

Nathan was no stranger to the goings-on in agriculture when he started working on the trailer. Growing up on a grain farm saw him doing custom processing work for his family. When reflecting on the type of sales he does, he says, “I think back to being on the other side of it when I was working on the farm. Needing processing equipment and trying to untangle everything that was out there to make significant purchasing decisions. I’ve always understood how much we rely, not only on the equipment, but on the people who provide it, service it, and give us the advice that ultimately leads us into making that decision.”

Nathan’s love of helping people and ability to relate makes him an integrity-driven salesperson. His ability to translate the knowledge he gained through working with the equipment and use it to help people decide what machines are right for them fills his desire to serve the industry that he’s passionate about.

It was an early conversation with Kristen about why she got into juicing that inspired Nathan to continue this work. “Having the opportunity to help people all over North America take what is essentially a waste product and turn it into food was huge for me,” he says.

“Finding a way to process the fruit that’s not pretty enough to go to the store and give it a life outside the landfill—that was really special, I thought.”

There’s still over one million pounds of fruit every year that is considered a waste stream product and doesn’t end up finding a home. In his infinite wisdom, Nathan says, “Every avenue that can be chased, whether it’s making juice, or making cider, or making a jam or jelly means that there’s less product farmers are paying to haul to the garbage.”

Throughout his time at Juicing.Systems, Nathan has seen the cider industry grow exponentially and has integrated himself as part of the community. “Huge strides have been made in terms of building resources and helping cider makers get their product to people in some way, shape, or form,” he says.

“There are far more people making it, and it’s a wonderful community that gives each other a leg up.”

If Nathan sounds like someone who could give your business a leg up with exceptional juicing equipment, book a consultation by calling +1 877 373 8388 or visit www.juicing.systems