BX Press – growing to 40,000 litres with a Single-Belt-Press

BX Press, a family run cidery in the BX area of Vernon, B.C. upgraded to a Kreuzmayr Single Belt Press KEB 400 and a elevator/washer /grinder KWEM 1000 in 2016.

The BX Press Cidery started in 2014, making the natural and refreshing cider using a rack and cloth system, using the 30 varieties of apples grown right on the orchard. The all natural, branch to bottle ciders pressed from their own apples, and no added sugars, cider was popular quickly and sold out by the end of their first summer.

I sat down with Melissa Dobernigg of BX Press to chat about the experience of upgrading from a rack and cloth press to a Single Belt Press. 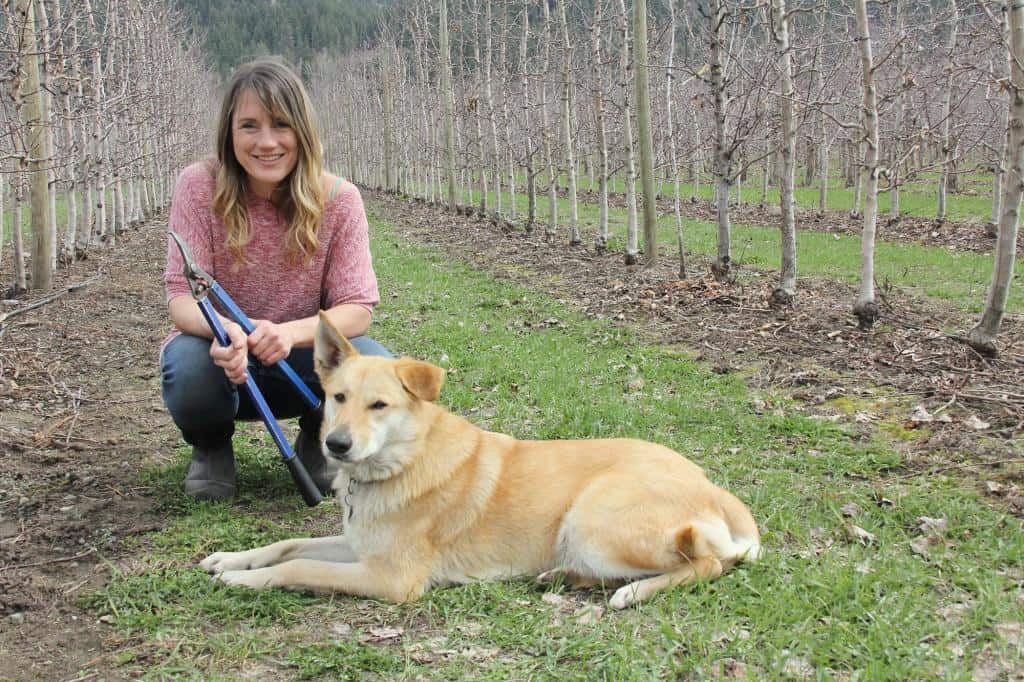 Upgrading to a Belt Press

“For us, it has allowed us to double our production while decreasing the amount of work by a significant amount during pressing season. We had grown from about 6,000 litres to 20,000 litres within a couple of years and were working on a good traditional 22 inch rack and cloth style press. The juice was good quality, it all worked fine, but it really took 4 people working it really hard,” said Melissa. “The amount of labour that went with it for the 20,000 was intense.”

“Physically it’s exhausting, especially as the temperatures got colder, and you are so sticky and wet all the time. I just couldn’t see us growing our operation, because we also have harvest happening at the same time.”

“We are a busy family, Dave and I are owner operators, we are alongside our crews, so it wasn’t as easy as adding another shift or adding another week of pressing. With limited tank space we wanted to fill the tanks as quickly as we could.”

In 2016 Melissa purchased a KEB 400 Single Belt Press along with a KWEM 1000. The KEB offered her continuous pressing action, reducing the amount of work required to extract juice from the apples. The machine is simple to use and easy to maintain, and when paired with the KWEM washer/elevator/grinder eliminates the need for labor intensive infeed and mash removal process.

“Moving to the belt press allowed us to grow to 40,000 litres (which maxes out our building) and now it all works so smoothly, that I feel if we wanted to grow from here, it wouldn’t be as stressful. It’s something we could put an employee on; our older press was so finicky and so labour intensive that it didn’t feel like we could continue to run it just ourselves, nor could we put conscientiously put employees on it.

There were other components with the grinding and pomace that made it complicated, so adding the conveyor and elevator with the press has also been a huge help, for quality assurance and everything is washed well, with more streams on it.

One thing we really like, is if things get backed up on one part, say the hopper gets full of mash, then the auger will stop. With the old system we had to have someone constantly watching that there weren’t too many apples in the grinder and the auger would keep filling them in. This one automatically starts up again.

This system allows for a lot of efficiency. The mash is totally dry when it comes out. We are super happy with the yield that we get out of it. It’s really been a game changer for us. It’s allowed us to grow our production and use more of our crop for our cider without totally exhausting ourselves and our staff. 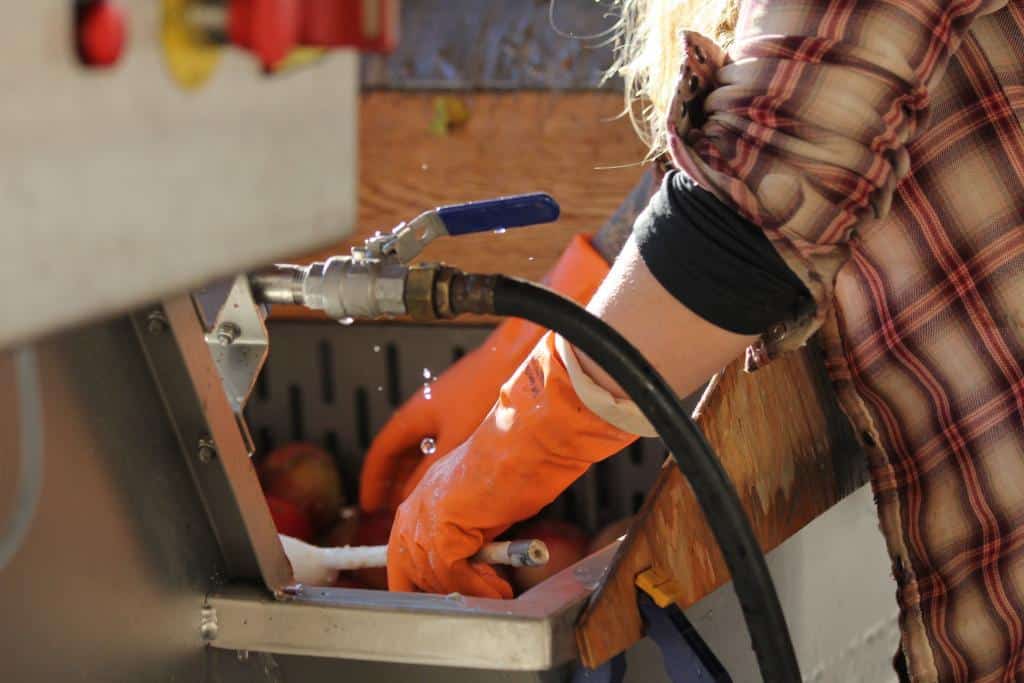 Quality and Service of the Equipment?

Any issues that we have had Juicing.Systems was phenomenal at taking care of them, even before I realized they were issues. It is very easy to clean, which is very relative when you’ve just run 20 bins of apples through it in the day… you’re still going to have a couple of hours clean up, but it’s a third of what it was before. The start up the next day is easier as well, as we don’t have heavy wet cloth to try to work with. We run it for 5 or 6 days in a row.

We were selling out each year, and I couldn’t imagine pressing more with the rack and cloth system. With the belt press we were able to grow our production.

If we were to grow more and wanted to do custom pressing we would go with a bigger press. If we were to go in that direction there’s no question we’d buy a Kreuzmayr press through Juicing.Systems again.

Are you still selling out?

This year was a question mark because it’s the first year we are at 40,000 litres, but we’re on track to sell out, and to continue selling through the liquor stores after we are closed.

We’ll stay at this size. Our intention was to become a value added boutique production, to build experiences within the orchard and with the cider. 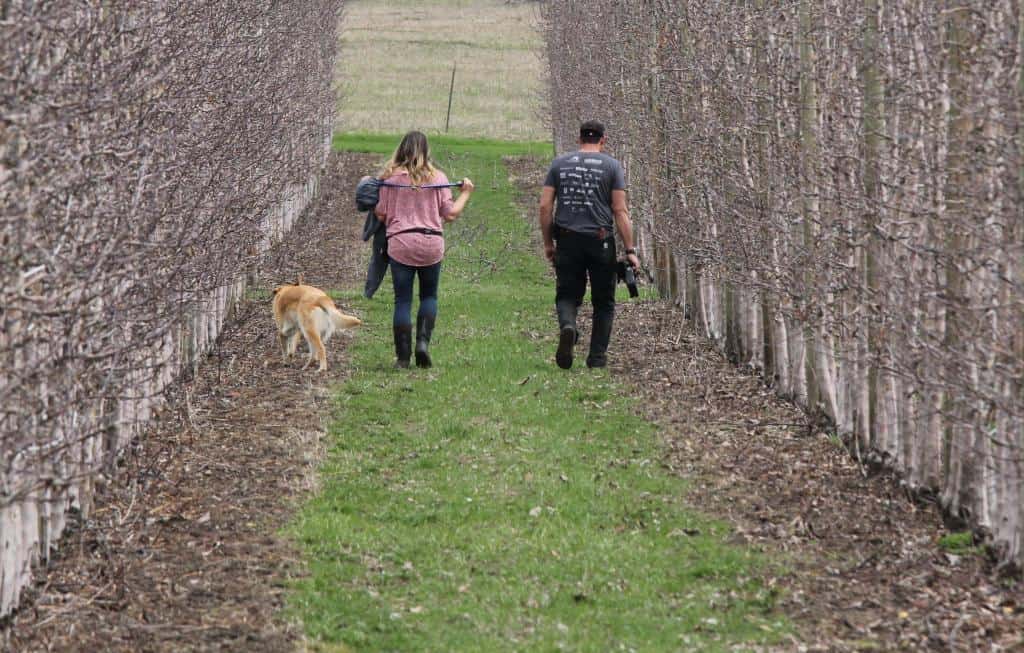